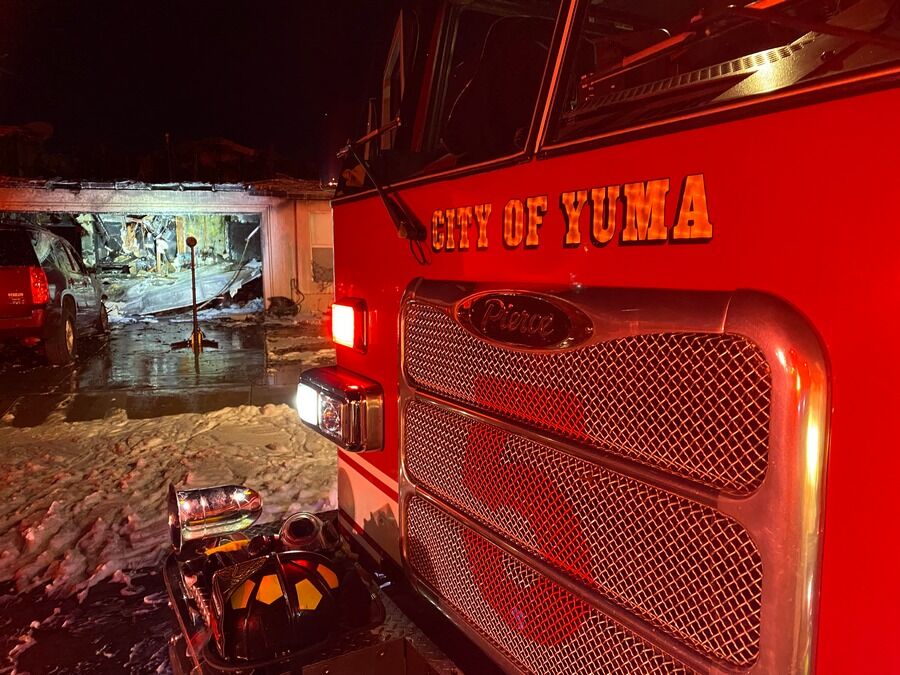 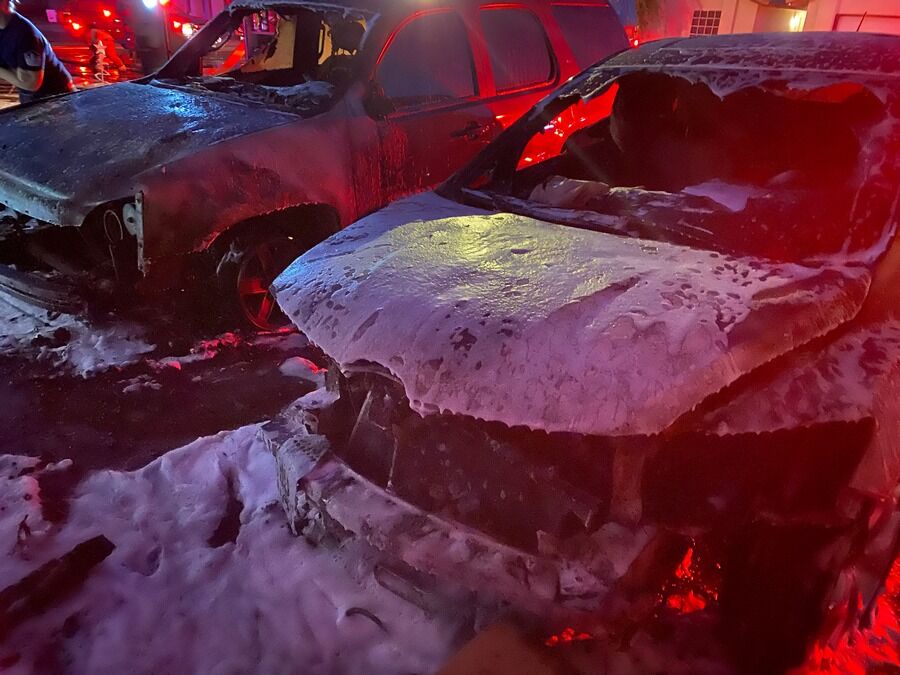 A scary Wednesday morning just after 5:00 am for one house. It happened in the 7200 block of east 25th Place. A fire broke out and the Yuma Fire Department found heavy smoke coming from the house and two vehicles in the driveway.

Shortly after arrival, flames began to vent through the roof of the home. Firefighters got the fire under control, and put it out it in approximately 20 minutes. 25th Place between Avenue 7E and College Avenue was closed to traffic while YFD personnel remained on the scene.

There were two adults and 4 children (ages 7-17 yrs.) home at the time of the fire. The family was asleep when the father heard crackling sounds coming from the garage and went to investigate. He found there was a fire in the garage and got everyone out safely. The garage and contents, including a vehicle, sustained heavy damage, with sections of the roof collapsing where the fire had extended into attic areas. Two additional vehicles in the driveway sustained heavy damage. None of the surrounding homes and structures sustained damage, and there were no injuries.

The home was not able to be reoccupied and the American Red Cross was called to provide assistance to the family. YFD stayed on the scene for several hours watching for flare-ups and conducting a fire investigation.