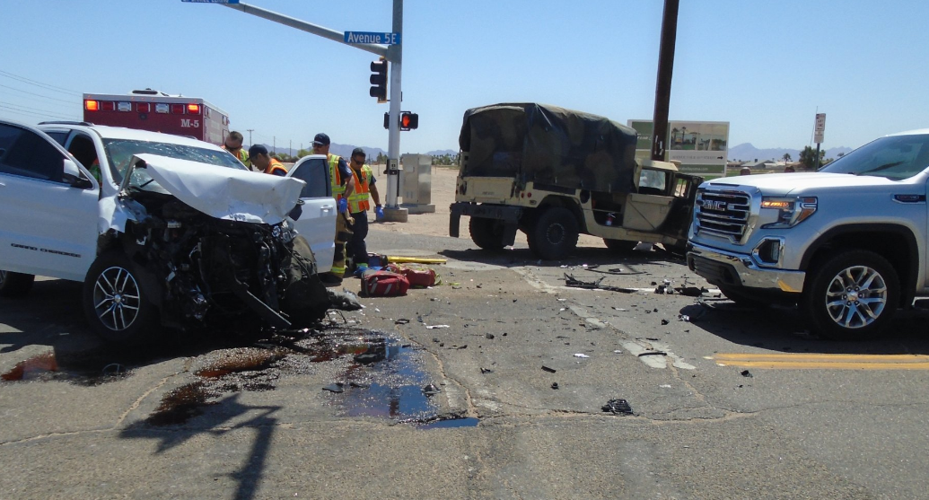 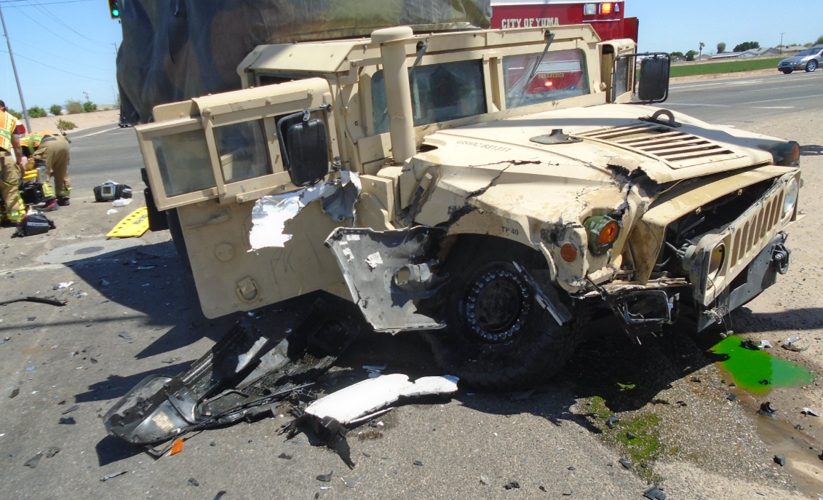 An active-duty Marine who is 20 years old, was driving a military Humvee when he crashed into a 29-year-old woman after failing to yield while making a left turn. The accident was on Avenue 5E and E. 32nd Street on Thursday, May 12, 2022, at around 11:00 am. The woman was driving a Jeep Grand Cherokee, which also doesn't help she wasn't wearing her seat belt.

The 29-year-old was taken to Yuma Regional Medical Center and was then flown to a Phoenix-area hospital in serious condition. The active-duty Marine and the passenger of the Humvee suffered minor injuries and were not transported.

Alcohol and speed do not appear to be a factor in this collision.